Heart valve problems fall into three general categories, regurgitation, stenosis, and atresia. Some valves may be affected by both regurgitation and stenosis. 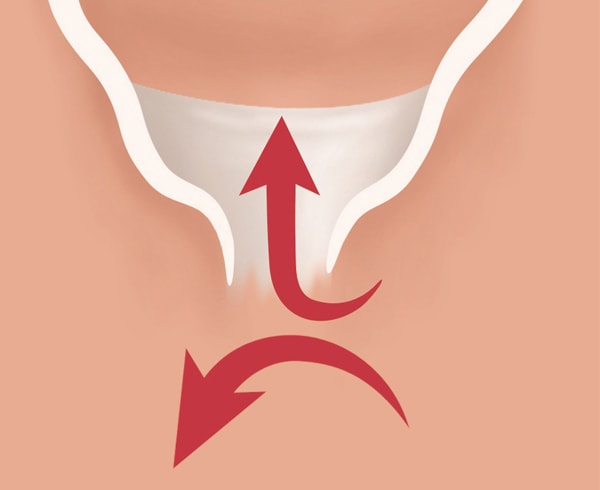 Valve regurgitation, also known as backflow or leakage, occurs when blood flows backwards through the valve. Instead of being pushed forward through the heart or into the arteries, blood leaks back into the chamber. Regurgitation is usually due to a prolapse, when the flaps of the valve do not close tightly, but instead bulge under pressure. These leaky valves are often referred to as regurgitant or incompetent valves.

The most common type of backflow, mitral valve regurgitation affects the valve between the upper and lower chambers (atrium and ventricle) of the left side of the heart. Mitral valve regurgitation is usually caused by a prolapse. While mitral valve prolapse is relatively common, most prolapsed mitral valves never develop leakage and are considered harmless. Also called click-murmur syndrome, it is most often caused by abnormally stretchy valve flaps, which may be the result of a congenital predisposition, or due to damage from disease.

When the pulmonary valve controlling blood flow from the heart to the artery leading to the lungs leaks, it is referred to as pulmonary or pulmonic regurgitation. Regurgitation of the pulmonary valve is most often caused by pulmonary hypertension (high blood pressure in the arteries leading to the lungs), or by the congenital (from birth) defect called tetralogy of Fallot, a group of related malformations in the heart’s structure. More rarely, pulmonic regurgitation can also be caused by certain infections.

When oxygen-rich blood leaks backward into the aorta from the left ventricle instead of being pushed out into the body, arotic valve regurgitation causes the heart to work harder to compensate for the blood leak. This can cause the walls of the ventricle to thicken (hypertrophy), making the heart less effective and potentially leading to heart failure. Severe aortic valve regurgitation is most commonly caused by weakening due to aging, high blood pressure, bacterial infection of the heart tissue, untreated syphilis, or injury.

This leakage occurs when blood flows backward from the right ventricle to the atrium through the tricuspid valve when the heart contracts, instead of being pushed out to the lungs. Regurgitation through the tricuspid valve increases pressure in the upper chamber (atrium), eventually causing the chamber to enlarge, causing changes to other chambers of the heart and blood vessels. Tricuspid valve regurgitation often results from an enlarged lower chamber (ventricle). Other causes can include infective endocarditis (valve infection), or less commonly, chronic conditions such as rheumatoid arthritis, connective tissue disorders within the heart such as Marfan syndrome and myxomatous degeneration, the effects of rheumatic fever, injury, or cancer. Regurgitation can also result from damage caused by use of the diet supplement “Fen-Phen” (phentermine and fenfluramine) or dexfenfluramine. 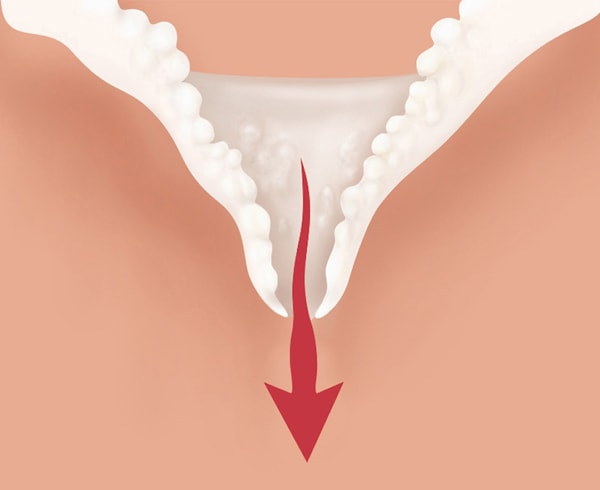 While regurgitation refers to valves that don’t close properly, stenosis refers to heart valves that don’t open fully and properly, resulting in a narrowing of the path of blood flow, causing the heart to work harder and reducing the body’s supply of oxygen. Stenosis may result because valve flaps thicken, stiffen or fuse together due to age or damage, or because the valves were malformed before birth. Stenosis can also result from rheumatic fever, a childhood illness, now rare in the United States, that sometimes develops as a complication of untreated strep throat or scarlet fever.

Mitral valve stenosis is a narrowing of the mitral valve opening, restricting the flow of oxygenated blood from the left atrium to the ventricle. This reduces the volume of oxygenated blood to the body, which can result in fatigue and shortness of breath. Additional pressure in the atrium from the restricted outflow of blood can cause the left atrium to enlarge and fluid to build up in the lungs. Mitral stenosis is almost always the result of rheumatic fever.

Most commonly the result of a congenital heart defect, pulmonary stenosis is the narrowing of the pulmonary valve opening at the exit from the right ventricle of the heart, where blood is pumped to the lungs. It is usually diagnosed during childhood as a result of the loud heart murmur it causes. Rarely, PS can develop in adults as a result of infections like rheumatic fever or carcinoid syndrome (chemicals secreted into the blood system by certain advanced cancers).

One of the most common and serious valve diseases, aortic stenosis is a stiffening of the valve regulating blood flow from the heart’s left ventricle to the aorta, where blood leaves the heart to go to the rest of the body. Although AS can be the result of a congenital heart defect, most often it results from accumulated scarring or calcium deposits due to aging. With aortic stenosis, the stiff aortic valve keeps the heart from pumping blood effectively to the rest of the body. For many people, this results in feeling tired, short of breath doing minor activities, and other symptoms that can frequently be attributed to aging, but are actually do to aortic stenosis.

Narrowing of the triscuspid valve restricts blood flow between the chambers in the right side of the heart, from the right atrium to the ventricle. This causes changes to pressure within the heart’s chambers, leading over a period of years to damage to the heart, such as enlargement of the atrium and reduced size of the ventricle. Such changes to the heart’s structure reduce its efficiency in sending blood to the lungs for oxygenation. Tricuspid stenosis is often caused by infections such as infective endocarditis or rheumatic fever. Rarely, it may be a result of congenital heart defects or tumors of the heart.

Atresia is a form of congenital heart defect where one or more of four heart valves fails to form correctly, leaving no functional opening for blood flow. All of the valves are susceptible to atresia, although atrial atresia is rare. Atresia usually occurs in combination with other heart defects, and is usually detected shortly after birth or even in utero. Diagnosis and treatment are provided by specialists in pediatric heart surgery. While atresia is treated in childhood, additional valve problems can develop later in life as a result.

Is a heart murmur valve disease?

A heart murmur is simply the sound created by a heart valve that is not functioning correctly. While a heart murmur always indicates some degree of valve malfunction, many are minor, never developing significant damage or health effects. These are known as innocent murmurs. Others signal serious valve disease, and may be the most obvious symptom. Heart murmurs may be related to damage from valve calcification, infection, or other damage, or can be the result of congenital abnormalities. Innocent murmurs can later develop into serious valve disease, so physicians monitor all heart murmurs to detect changes. Simple preventive measures can often prevent worsening of heart murmurs.

The Adventist Heart Institute values your privacy and handles your personal information with care. Your email address and information is secure, confidential and will not be sold to any third party sources.

The Adventist Heart Institute values your privacy and handles your personal information with care. Your email address and information is secure, confidential and will not be sold to any third party sources.